The PJSC “ODESSA OIL REFINERY” is located in Odessa. The enterprise produces a wide range of products:

The PJSC “ODESSA OIL REFINERY” (hereinafter OOR) was commissioned in 1938 as a fuel company with processing of Baku black oil on thermal cracking units of vacuum distillation.

In 1941, the refinery units were evacuated to Syzran, where the Syzran oil refinery was built on their basis.

In 1949, the plant was rebuilt in accordance with the design scheme and has been subsequently reconstructing for many years. Later on, by changing the technological scheme of its equipment, the refinery was able to process oil instead of fuel oil.

Since 1959, the OOR has set a course for automation of production processes. In the 1960s, the primary oil refining capacities were expanded, water supply facilities and treatment facilities were built. A large reconstruction was carried out in the 1970s, as a result of which the units for primary oil processing and secondary distillation, as well as those for catalytic reforming were put into operation. All technological processes of the plant are transferred to circulating water supply systems. Effective treatment facilities have been built and the discharge of industrial effluents into the Black Sea has been stopped.

In 1998, the catalytic reformer was transferred to a new catalyst of the American company UOP, which allowed the refinery to produce high-octane gasoline grades A-80, A-92 and A-95.

In 2000, the company’s management had a task to ensure work at the European level by 2005. The volume of investments in 2000-2001 amounted to 5.8 million dollars, and for 2003-2005 the amount of 68 million dollars was planned for the development of the company. During the past period, the installation of the automatic transmission system was reconstructed with bringing the capacity up to 2.5 million tons per year, the objects of the general plant were built, the refurbishment of the CPL was completed; in 2004, an isomerization unit was commissioned based on the project of UOP company, with a capacity of 120 thousand ton, which allowed to increase production of high-octane gasoline and start producing fuel according to the Euro-3 standard. The processing depth was increased from 48% to 51%.

During the period of reconstruction within 2005-2008, the capacity of the ELOU-AVT unit was increased to 2.8 million tons per year. The reconstruction of the kerosene and gas fraction hydrotreater has been carried out for carrying out the processes separately for jet and diesel fuel.  Arrangements have been effected for diesel fuel production in accordance with Euro-4 standards.

Under the license of “Axens” company, a project of tar visbreaking unit was implemented, which allowed to reduce fuel oil production and increase vacuum gas oil production at the ELOU-AVT unit.

All these measures allowed increasing the depth of processing to 74%.

Technologically, the enterprise is divided into the following production units.

The water supply and sewerage (VIC) workshop is equipped with the Foxboro control system, the “Diya” control system based on SIEMENS controllers, and modern field instrumentation equipment. Total number of system signals: 80 analog and 72 discrete signals.

Bitumen unit (BU) is equipped with the “Diya” control system based on the REMICONT P130 controllers. Total number of system signals: 67 analog and 218 discrete signals.

In addition, the company has installed systems for air environmental monitoring, a comprehensive automated system for early detection and alerting in emergency situations.

All works on design, installation, maintenance and repair of the above-listed automation and emergency protection systems, instrumentation and analytical control tools of PJSC “Odessa Oil Refinery” were carried out by the personnel of the instrumentation and automation department. Since 2014, the software and hardware systems and personnel of the instrumentation and automation department of PJSC “Odessa Oil Refinery” have been transferred under the terms of outsourcing to the “Oil, Gas and Chemistry Service, Ltd.” company. The employees of the service company took a direct part in designing, assembling, adjusting and commissioning of these systems, at all stages of production development. Most of the engineering staff (more than 30 workers) received training and practical training in special training centers of Siemens, ENRAF, EMERSON, HONEYWELL, Yokogawa, etc., as evidenced by the relevant certificates. 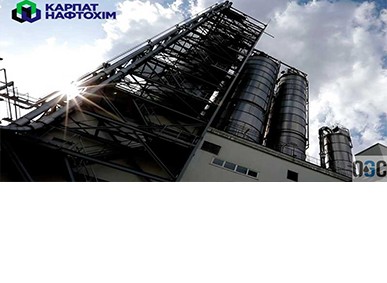 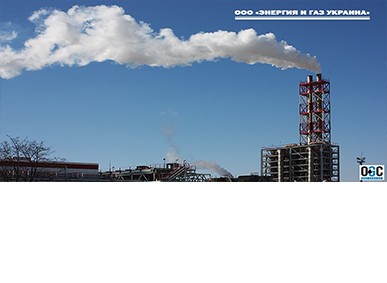