“CarpatOil Chemistry, Ltd.” Company is located in the town of Kalush, Ivano-Frankovsk Region. The enterprise holds the leading position in the world and Ukrainian petrochemical industry and it is a member of the group of LUCOIL companies. The main activity of the company is connected with the production of ethylene, polyethylene, vinyl chloride, polyvinylchloride and caustic soda. The raw materials for processing are hydrocarbon raw materials (diesel fuel, straight-run gasoline, a wide fraction of light hydrocarbons, etc.).

The main production facilities at the enterprise are as follows:

Its history dates back to the early 1960s. Even then, plants of the future petrochemical giant began to be built in Subcarpathia. A very important stage of development was in 1975 when, under the project of the German “UHDE” company, a vinyl chloride production plant was put into operation with capacity of 250,000 ton/year. The production was based on the most advanced technological solutions, and the latest equipment from the world’s leading manufacturers of that time was used. The process control system was implemented on the basis of pneumatic measuring and automation equipment. The system of emergency protection was based on the elements of unconditional discrete semiconductor logic produced by the German company “HIMA”.

Starting with commissioning of the first technological facility, the company has taken the course to equip technological processes with the most modern means of control and management. So, already in 1987, the shop for the olefins (ethylene and propylene) production was commissioned according to the project of the German company “LINDE”. It was one of the first productions of that time in the USSR, which was equipped with the automated distributed control and emergency protection system “Teleperm-M”, manufactured by “SIEMENS”. The degree of automation and complexity of the system is indicated by the number of signals processed by it, namely: 3482 analog signals and 3398 discrete signals.

Further stages in development of production:

1993 – 1996 – Under the project of the “UHDE” company the workshop for vinyl chloride production was reconstructed, with an increase in capacity up to 370 thousand tons/year, with the complete replacement of control and management means and transfer to the new automated process control system PLS-80 (ECKARDT) and ESD H 51 (HIMA). The total number of system signals: 1439 analog and 3714 discrete signals.

1996 – a nitrogen-oxygen station was commissioned, built on the project of the “LINDE” company. Control and protection functions of the technological process were carried out by the equipment of the “ВАILЕY” company. Number of signals: 145 analog and 415 discrete signals. In addition, the compression process was equipped with four local systems based on SIMATIC S5-115U (3 systems) and PLS-5 ALLEN-BRADLEY (1 system), the total number of signals: 352 analog and 679 discrete signals.

1997 – the polyethylene production workshop was put into operation, with the capacity of 100 thousand tons per year. The workshop is equipped with the advanced automated control system – “Teleperm-M”, manufactured by “SIEMENS” and a ESD system based on the SIMATIC S5-155H (SPS) software and hardware complex, also by ”SIEMENS”. Number of signals: 550 analog and 3274 discrete signals.

2010 – chlorine and caustic soda production workshop was commissioned, with use of the membrane method. The technological process is controlled by the CENTUM CS3000 ACS TP, and the emergency protection is provided by the ProSafe system manufactured by “YOKOGAWA” company. Number of system signals: 920 analog and 1849 discrete signals. Separately, three chlorine compressors are equipped with the anti-surge control and protection system PLS-5 ALLEN-BRADLEY on the basis of the CCS software complex (USA).

2011 – driving up to the rated capacity of the shop for suspension polyvinyl chloride production. The project was developed by the “ UHDE” company. Similar to the Hix-M workshop, the automated process control system (APCS) is based on CENTUM CS3000, and the SIPPAS is based on ProSafe RS, from YOKOGAWA with a total of 886 analog and 3682 discrete signals.

2012-2013. – modernization of control and control equipment in the shop for ethylene production was completed, with the complete replacement of the process control system and the ESD with the modern CENTUM VP and ProSafe RS systems manufactured by the “YOKOGAWA” company.

All works on maintenance and repair of the above listed automation systems and emergency protection, instrumentation and analytical monitoring tools of the “Karpatneftekhim, Ltd.” (CarparOil and Chemistry) were carried out by highly professional personnel of the instrumentation department. Since 2014, the software and hardware of system and personnel of the instrumentation department of the “Karpatneftekhim, Ltd.” under the terms of outsourcing have been transferred to the “OIL, GAS AND CHEMISTRY SERVICE, Ltd.” company. The employees of the service company took a direct part in designing, installing, adjusting and commissioning of these systems, at all stages of production development. Most of the engineering staff (more than 30 workers) received training and practical training in special training centers of Siemens, Eckardt, HIMA, Yokogawa, etc., as evidenced by the relevant certificates. 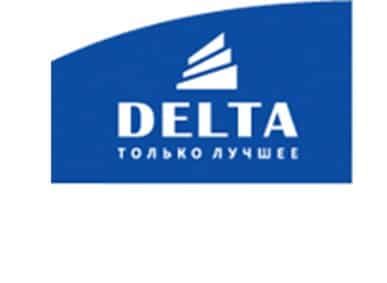 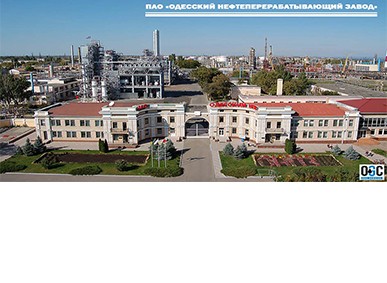